I adore Polvorón and wanted to have a go at creating a nut free version. What other flavours could I incorporate into this delectable sweet treat and not diverge too far from the traditional ethos of the the Polvorón which mainly consists of nuts…? What else but chocolate and cinnamon!

Using the same method as my original Polvorón attempt I replaced the nuts with dark chocolate and added a generous dose of cocoa powder.

And here we have it… a flatter chocolatey and chewier version of Polvorón! 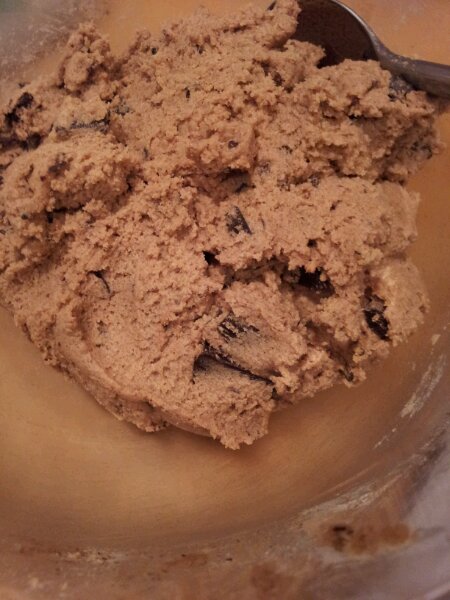 Perhaps because they lack the nuts to hold them together and chocolate (unlike nuts) makes when baked, the little chocolate balls spread into perfectly round chocolate chip cookies. 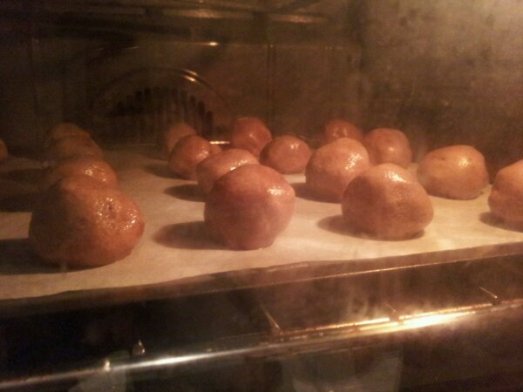 I chose to use caster sugar rather than icing sugar to enhance the crunchy texture. It also added a wonderful chewiness to the cookie, with the sugar and chocolate combining to create a toffee in the centre of the crumbly cookie! Yum! They have been very popular in my house! 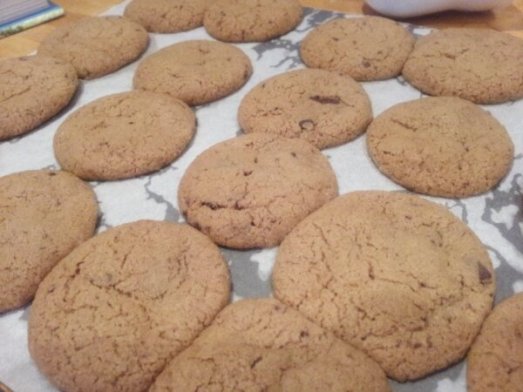 With a light dusting of icing sugar they look very Festive. The hint of cinnamon conquers up Christmas.These are would make a perfect homemade present, or to be eaten by the handful with a large bucket if tea. I really rather enjoyed making this Spanish Christmas cakes/cookie recipe up!

I’m entering these experimental Spanish Polvores into Chris’s Cooking Around the World Spain Round up. Pop on over to his blog for a round up of some inspirational international cooking! Thanks for reading!